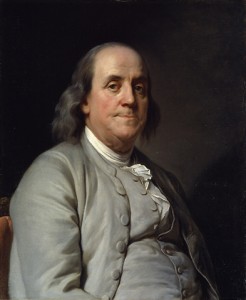 Heavy coats, cold winds and slippery sidewalks can combine to make winter pretty tiresome, and with the holiday season over and nothing but a couple of cold months to look forward to until spring, it’s easy to understand why everyone is so gloomy and grumpy this time of year. There’s really only one solution; have a party!

Sure, the first few months of the year offer plenty of excuses to have fun if you’re an adult, like Super Bowl Sunday or Mardi Gras, but if you’re a kid the most holiday fun you’ll have is to exchange paper hearts in school on Valentine’s Day. Unless you’re lucky enough to have a friend who’s throwing a big birthday party sometime in February or March, there isn’t much to look forward to except school and snow days (hopefully) when school gets closed. Clearly it’s time to start a new tradition with presidential scavenger hunt games.

Why not give an annual Presidents’ Day party? The U.S. Presidents (we don’t have to stick with just Washington and Lincoln) are a great party theme for the academically-minded adults in a kid’s life, especially if you have scavenger hunt games using clues with presidential facts, because everyone will learn history while they’re having fun. Did you know Abraham Lincoln was the tallest U.S. president (6 feet, 4 inches), but William Taft was the largest president (6 feet, 2 inches tall and over 300 pounds), while James Madison was the smallest president (at 5 feet, 4 inches and under 100 pounds). Or did you know that John Quincy Adams swam in the Potomac River every day, that Harry S. Truman read every book in his hometown library, and that Herbert Hoover spoke Chinese to his wife to keep conversations private?

There are some great websites where fun (and serious) presidential facts can be found, like National Geographic Kids and Mr. G. World’s Fun Facts about the U.S. Presidents to name just a couple. Putting together a few riddles for a scavenger hunt would be easy with all of these facts to choose from, as well as all the historic events that occurred during each president’s term. With Riddle Me, planning a scavenger hunt for a Presidents’ Day party would be easy too. Hey, kids may have to learn history, but it doesn’t have to be boring, so why not plan some holiday (and history) fun with scavenger hunt games from Riddle Me?

This site uses Akismet to reduce spam. Learn how your comment data is processed.